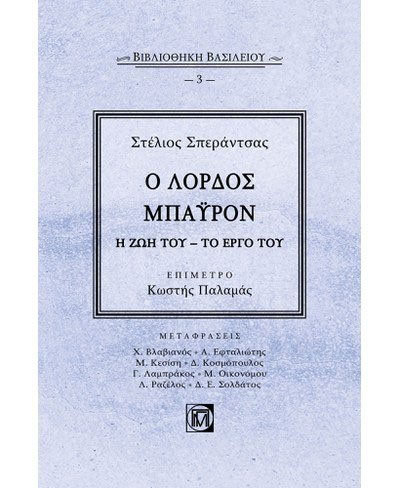 But, with the setting of the sun,

I shall go to the Kingdom.

An emblematic figure of the 19th century, by far the most famous philhellene and one of the leading poets of the English language, Lord Byron, who was worshiped in his time as an idol, it is the embodiment and epitome of Romanticism itself.

The monograph of Stelios Speranzas, published in 1924, on the centenary of the death of the great philhellene and poet, is a short but very comprehensive introduction to the life and work of a man who sealed his time with his actions and still continues to capture the attention of scholars and the imagination of the general public. The newly enriched edition includes an appendix of Byron’s poems translated by older and modern authors and translators. The edition is completed by the monumental speech of Kostis Palamas on the centenary of the poet’s death.

THE LIST OF THE PHILHELLENES OF HEIRICH FORNESY (1st ED.)

1821-2021: Collectible tie of the Museum of Philhellinism
Scroll to top