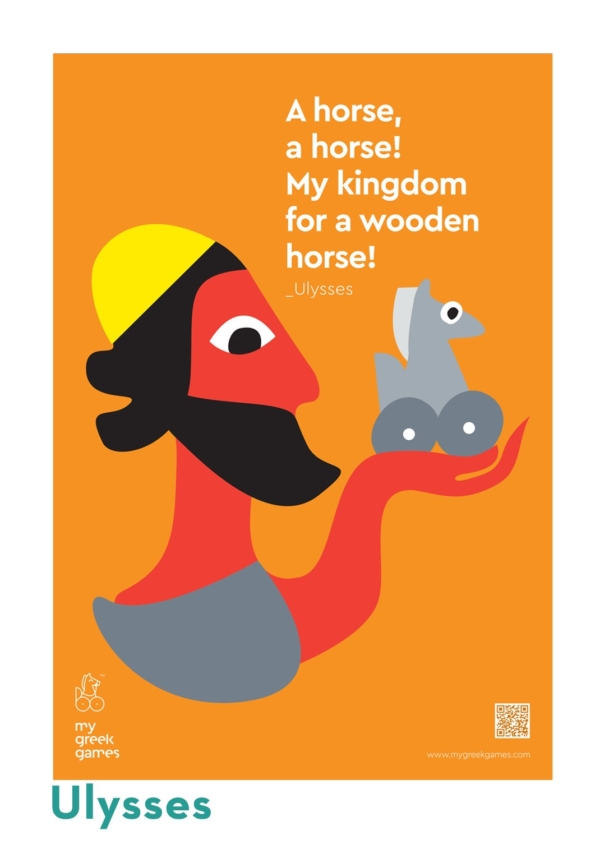 POSTER ULYSSES ‘Greeks said it first’ (out of stock)

‘Greeks said it first’ is a series of posters that ‘take’ a funny look at the belief of some modern Greeks that their ancient ancestors were the first to discover and say many things, long before the rest knows and believes people today.

Well-known sayings and opinions, uttered by celebrities have changed little (sometimes not at all) to show that all this could well have been said by our ancient ancestors.

The original, original opinions were expressed by the following:

A horse! a horse! my kingdom for a horse! (Richard III Act-V, Scene-IV)

You’ve been thunderstruck (Single by AC / DC from the album The Razors Edge, 1990)

“If you live each day as it was your last, someday you’ll most certainly be right” (Steve Jobs)

POSTER ZEUS ‘Greeks said it first’ (out of stock)