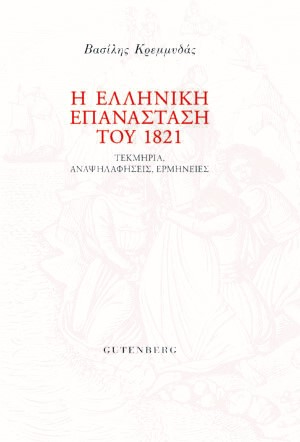 With a persistent and long-term research, with a total and small observation, one can discern, not easily, however, a general feature of the Greek Revolution of 1821 to distinguish, otherwise, the bet of an entire nation – hence the pioneering role of the project. From the beginning, that is, from its beginning in the Danube Hegemonies, until its end, which in terms of the complete satisfaction of the original claim, could be placed in 1843, as well as during its preparation, the Greek Revolution of 1821 is seen as a constant struggle of the modern with the traditional, of the new at that moment with the old at that moment in all dimensions, in all sizes and in all expressions, modernity fought tradition and won.